The rapier loom is ideal for mills with frequently changed patterns and limited demand due to its reliability and versatility. Its price is relatively lower than other types of shuttleless looms, while the application rapier loom is extensive.

In the production process, due to high-speed weft insertion, the consumption of the rapier head and rapier tape accounts for more than half of the total materials consumption. Therefore, research and study on the mechanism and influencing factors of the wear-out of rapier head and rapier tape is crucial to prolong the service life, lower material consumption, save production costs, improve product quality, and enhance the market competitiveness of products.

Weft insertion mechanism or picking is one of the five primary mechanisms of the rapier loom. The weft yarn is introduced into the shed to form the desired texture of the fabric. During picking, the weft yarn is always actively controlled by the rapier head, and the weft insertion has fewer errors and high reliability, making it possible to realize difficult weft insertion like carbon fiber. Its adaptability in textile products is extensive and has more advantages in yarn-dyed fabric.

1.1 Analysis of wear-out of rapier head

The rapier is the crucial component for weft insertion. In application, the rapier head is worn out for various reasons and leads to weft insertion failure. In severe cases, it may even cause a lot of warp breakage, affecting the fabric quality.

It can be seen that the time closeness of cooperation between the rapier weft insertion movement and the warp shedding motion directly affects the wear of the rapier. When the warp shedding time is too early, the gripper heads have less contact with the warp sheet when sending the weft, but more contact in retreating, causing more friction and compression.

Similarly, the warp yarn opening time is lagged, the grippers have less contact with warp sheet when retreating, but more in entering shed, causing friction and compression.

1.2 Features of rapier tape transmission and its wear-out analysis 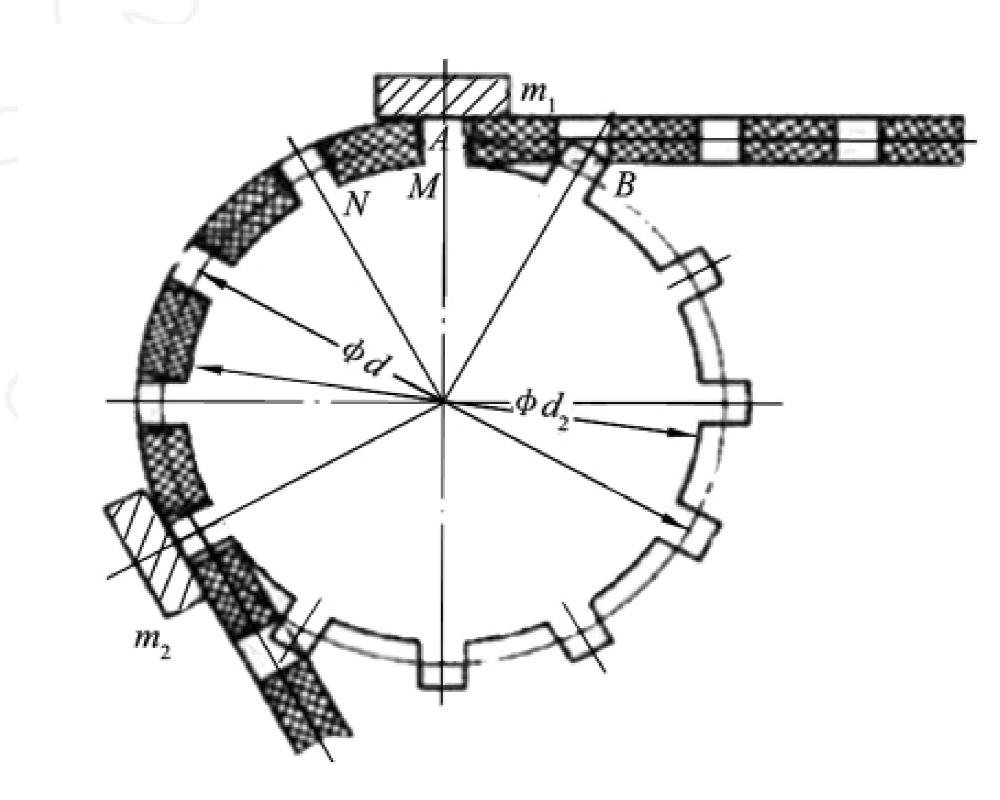 The equality in the above formula is only a theoretically critical situation, and the greater condition is always applied in actual work. When selecting parameters such as the diameter of the dedendum, tooth height, and tape thickness, make sure the sliding value of the rapier tape to the rapier wheel and the clearance of the rapier tape hole at the dedendum are both small. In this way, the rapier tape and the change of rapier head stroke caused by the gap between the tape and sprocket wheel can be reduced.

Wear-out of the rapier tape

Table.1 Relation between Backrest Beam and Service Life of Gripper