The Vietnam News Agency reported that since President Trump announced to drop out TPP, the other TPP members met in Chile on March 15th this year the for the first time; the theme of the conference is to promote Asia Pacific regional integration, delegates including all the foreign ministers, trade ministers from TPP members, and delegates from China mainland, Columbia, South Korea and etc. The United States, only appointed Chile ambassador Carol Perez to attend the meeting. 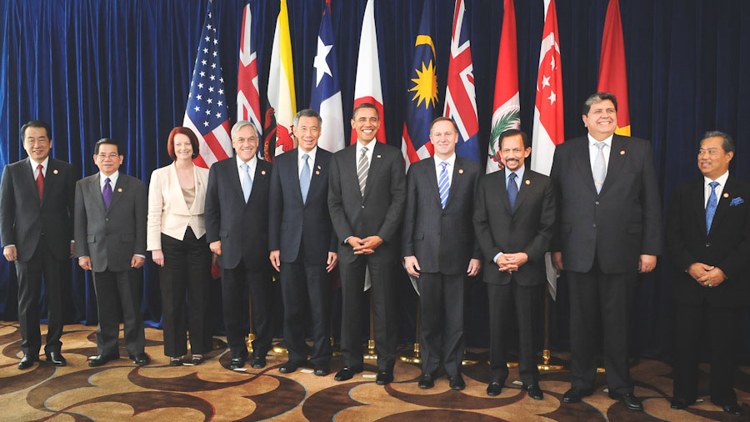 The Chilean foreign minister Heraldo Munoz said after the meeting, that all countries are concerned about current trend of trade protectionism. He also stressed to continue the promotion of investment, services, free trade, economic integration and the strengthening of the international trade system. In the same time, all the 11 TPP member states held the view that the TPP integration plays an important part in the integration of Asia Pacific region, and new schemes have been proposed. Heraldo minister believes that this meeting has a positive effect, all countries have agreed to hold a ministerial meeting to discuss the decision TPP of the future in May this year in Vietnam.

Mexico's foreign minister Luis Videgaray held the same view that the TPP members in America will continue to work with other TPP members of the Asia Pacific region; he thought America quit from TTP members will generate new opportunities; however, he stressed that the new trade agreement should conform to 2 standards, which are conforming to the standards of labor environmental protection, intellectual property protection, and all agreements put forward in the short term.

The TPP 12 TPP member countries reached an agreement in October 2015, but now the U.S. President Trump recently announced to quit the association. Australia, New Zealand, Chile, Singapore and other TPP members are on looking for a free trade agreement without the United States, which is the so-called "TPP11" or "TPP12-1".