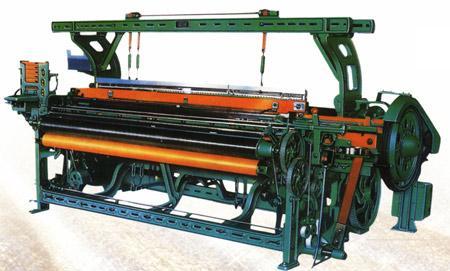 The steel reed is divided into flat reed and type reed according to the principle of weft insertion. The horizontal reed is used in the jet loom with woven shuttle loom, piece shuttle loom, rapier loom, water jet loom and pipe strip, which is well made and strong, which can withstand the impact and friction of high speed operation. The type reed is used in the main, auxiliary nozzle relay insertion and the opposite - reed - reed - shaped jet loom. As the core equipment of weaving machine, the steel reed plays a crucial role in the quality of fabric.

The heald is the way that the warp thread enters the weaving ratio, and controls the warp guide, arrangement and stratification opening, etc.; The closure of the loom is realized by the stop, and it has the effect of dividing and clearing the warp yarn. As the speed of the loom increases, the performance of the two has higher requirements. Sino Textile Machinery professional production of water jet, air jet, rapier loom used stainless steel heald, and stop. It is made of special high quality stainless steel materials. It has excellent abrasion resistance and corrosion resistance. It has unique polishing process. It has the edge of the heald, the eye is smooth, and it is used to the high-speed operation of the loom

The heald frame is the carrier of steel heald, which is the equipment for the insertion of weft insertion through the movement of the heddle of the harness.

The structure of the edge supporting device of the shuttle-free loom mainly includes four forms, such as copper spindles, polyurethane spindles, rubber roller spindles and steel spindles. Through the introduction of foreign advanced production equipment and production technology and its own research and development, the combination of domestic temple axis has formed series products, basic can satisfy the use requirement of domestic most midrange shuttleless loom. But in the nylon ring material, machining precision, surface post-treatment and appearance quality, domestic thorns have a certain gap with foreign products.

Homemade loom weft insertion equipment quality had the very big enhancement rapier head and the rapier tape and the rapier wheel is not only the key equipment of rapier loom, and vulnerable devices, for a long time of rapier head and the rapier tape and the rapier wheel has a huge market demand. There are many enterprises involved in the development and production of these equipments. It is because of the constant competition of this niche and the years of efforts of these enterprises,
The quality of the weft equipment has been greatly improved. The equipment is higher than that.
The rapier loom is equipped with rapier and has captured the huge market of domestic and foreign countries, which can meet the requirements of domestic host manufacturers and the spare parts needed for all kinds of rapier looms. The main and auxiliary nozzle is the key equipment of jet loom, and its performance not only determines the weft quality, but also the consumption of energy. Domestic main, auxiliary nozzle manufacturer's product line has been more complete, quality has also been improved. Domestic chip head quality is stable, cost-effective, has a great competitive advantage.