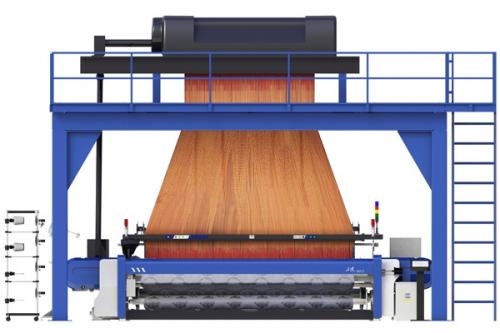 We often can be used to convert some jacquard towel pattern to dobby towel loom production, if have jacquard card files, we can use dobby CAD View60 function 【according to the organization to generate heald 】 automatically generated dobby pattern chart and heald diagram.

To address the habit, we will open the jacquard towel pattern which is also called the organization chart. 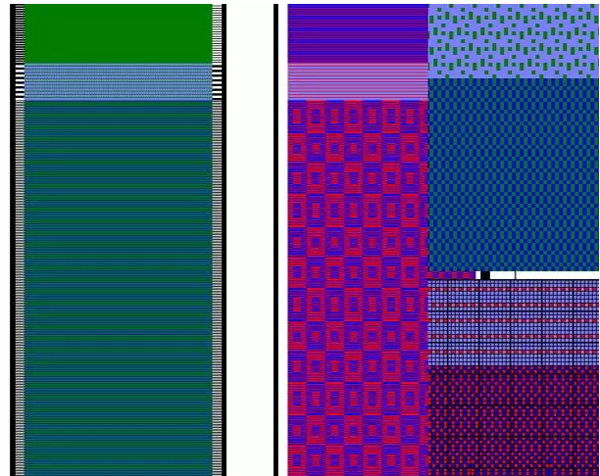 Because we directly convert a jacquard process pattern into lacing dobby towel, jacquard card actually the function of the empty pins and needles should not be such as to dobby towel lacing brown frame function, so we can use the delete needle functionality provided by the software, don't need the first region.
【process toolbar】 / 【[continuous increase and decrease of the warp and weft】

Two operation modes of deletion
1. Set the start [position] and delete [quantity] in the auxiliary toolbar and click the confirm button.
2. Pull the mouse on the diagram of the artisan and release the left key.
After removing unnecessary areas, reoperation [by tissue generation], 18 pages of heald, 2 pages, 2 pages, 6 pages, 8 pages.
The multi-arm design of the harness drawing and the striation chart display
【view setting】 / check【multi-arm】 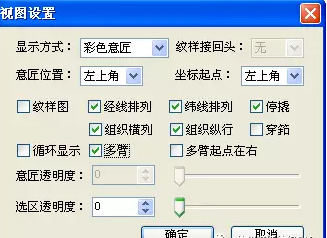 But 1-8 pages are still more than most of the frame of the multi-arm loom, so we have to fix it. this towel effect favor by MAO effect, so we can only according to the amended, In order to convenient to modify, we can use software provided by the organization and the shop organization function to dobby pattern color.
The color of the map corresponding to the map of the multi-brachial pattern is adjusted. 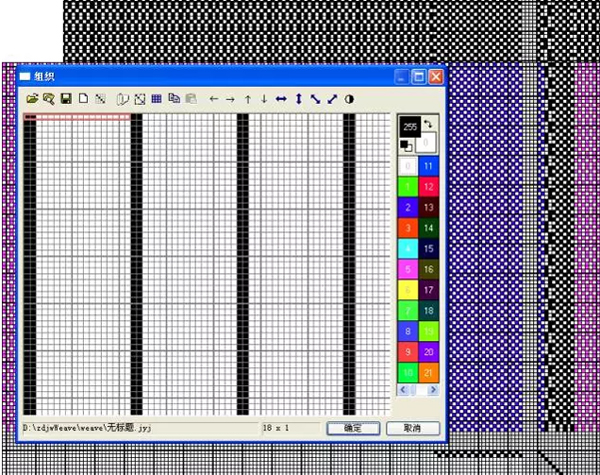