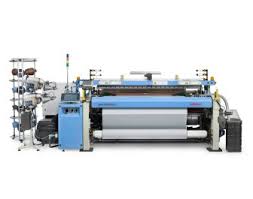 1. Main indexes of the operation of textile machinery industry

1) scale of the industry

From January to June, the total fixed asset investment in the spinning industry was 13.421 billion yuan, down by 2.53 percent year-on-year, and the growth rate was lower than that of manufacturing (5.5%) and textile industry (9.11%).

2. The import and export of textile machinery industry

From January to June, total imports of textile machinery from 54 countries and regions totaled us $15.87 billion, up 24.31 percent year on year. From the import product category, auxiliary devices and textile machinery spare parts import ranks first. Imports amounted to $376 million, an increase of 34.25%, accounting for 23.68% of total imports. In the seven major categories of products imported, auxiliary equipment and spare parts, spinning device, knitting machinery, printing and dyeing finishing machines, weaving machines, nonwoven machinery are positive growth, year-on-year growth of 34.25%, 27.72%, 33.62%, 34.32%, 23.00%, 6.48%. The major countries and regions of textile machinery import are Japan, Germany, Italy, Belgium and Taiwan. The trade volume of the top five imports was us $1.269 billion, up 22.97 per cent year on year, accounting for 80.82 per cent of total imports.

To sum up, the economic operation of the textile machinery industry has been improved by the overall smooth operation of the domestic textile industry and the improvement of domestic textile market demand. The trade in both imports and exports is growing. The spinning industry is trying to adjust the structure of the industry, build a multi-point support system, and follow the development pace of One Belt And One Road, which was better than last year.