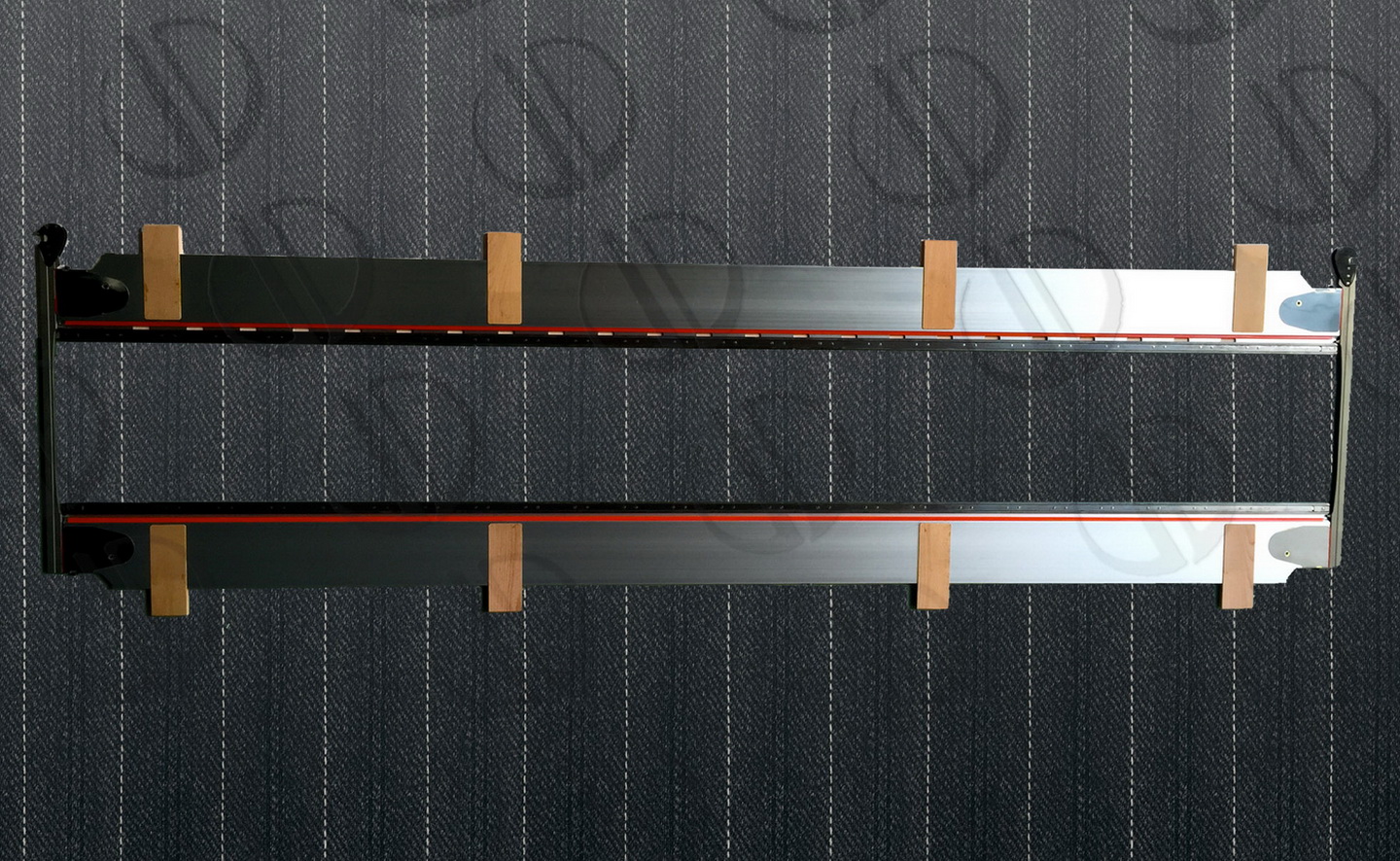 Each year thousands of air-jet looms are increased and installed over the world, with various speed, width, and weaving species. The better understanding and knowledge of the technical features about heddles and heald frames will help companies to make the right choice, purchase suitable heddles and heddle frames, and ensure the performance of their loom and quality of fabrics.

1. Feature of Air-Jet Loom
a) The proportion of air-jet weaving machines is getting higher and higher, occupying 80% of total number shuttleless looms.

All these have brought the forward higher requirement for weaving heddles and heald frames.

2.5 Heddles with special heddle eye
In previous weaving of high-density fabric with fine count yarn, normal duplex heddles are applied, but now duplex heddles cannot meet the technical requirements of increasing warp density. Heddles with the special eye are developed to meet the new demand, with a 32% increase of heald density over normal weaving heddle, and 1%~3% increase of weaving efficiency.

2.6 Material for heddles
The general material used in the production of weaving heddles are stainless steel, nickel-plated carbon steel, and galvanized carbon steel. Due to heavy pollution to the environment from electroplating, Groz-Beckert and Steel no longer manufacture carbon steel heddles.

3.2 The way of connection with the heddle
Heald frames to be fitted with O type heddles have clamp, and with C type and J type not have a clamp. Heddle frames should match weaving heddles specifications.

The neglect of cross beam height influence to loom speed may result in loom working in a critical state, causing damage to cross beam and side stay.

4. How to Choose Weaving Heddle and Heald Frame For Your Air-Jet Loom
The choose of weaving heddle mainly depends on loom shedding type, weaving species, etc. Most imported air-jet looms
are with positive shedding with open type heddles, which means J type or C type. J type and C type heddles have no
essential difference in application. The newly purchased weaving heddles should be the same current using one for ease of
management. In most circumstances duplex heddles with eyelet size 5.5mmx1.2mm are used; only in the weaving of coarse
count yarn, simplex heddles with eyelet size 6.5mmx1.8mm are chosen. The general length of heddle is 331mm, and if heald
frames quantity is more than 16 pieces, weavers can choose 382mm heddle. In the weaving of high-density fabric with fine
count yarns, it is advised to use special eyelet heddles if possible.