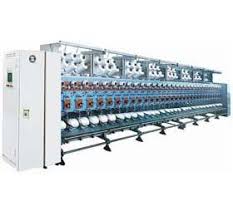 2017/18 cotton production will begin in April. In March this year, low temperatures, frequent rainfall in Uzbekistan caused delay of cotton sowing, but the rain and snow in winter and low temperature effectively supplement irrigation water, and help to control the occurrence of pests and diseases.

According to the government's plan, by 2020 Uzbekistan cotton area will steadily decline. The unginned cotton yield will be reduced to 3 million tons, lower than 3 million 350 thousand tons in previous years. The plan decrease cotton planting area by 170 thousand hectares, which will be used for planting other crops. In 2016 and 2017, Ukraine cotton planting area is about to decrease by 30 thousand and 500 hectares, 50 thousand hectares will be reduce in 2017~2018.

The Uzbekistan government encourages domestic cotton consumption and supports foreign investment in the country's textile and garment industry. Current cotton consumption is about 400 thousand tons, accounting for about 40% of total output. Now there are about 180 domestic textile enterprises; the textile industry accounts for 26% of the total industrial production, using 1/3 of the total workforce of all industry. With the start of new projects, Uzbekistan cotton consumption will gradually increase in the future. In 2016, the country’s export value of cotton yarn, textile products and garment reaches more than $1 billion.