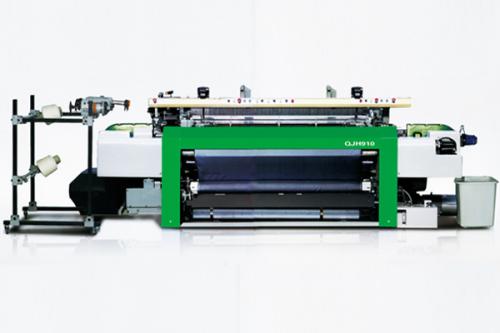 Rapier loom machine is a kind of shuttleless loom, which is a kind of loom which is more general and reliable than that of weaving medium and small batch. It is cheaper than other looms and is widely used. In the production process, the rapier loom speeds up the weft, which makes the rapier loom head and the rapier tape account for more than half of the total consumption of the machine? Therefore, how to effectively avoid rapier, rapier head of wear and prolong its service life, to save the production cost, improve product quality, enhance the market competitiveness of products have a vital role. The production practice found that most of the damage was caused by the breakage of the head of the weft and the blade of the weft. This situation is caused by the gap between the transmission and the long wear of the rapier. The wear of rapier looms has a lot to do with the variety of the weaving, different varieties have different wear and tear on the rapier head, and the difference is greater. The yarn number coarse, the fabric with dense density, the rapier head wear more serious, the service life is short. And chemical fiber products rapier head shorter service life, this is because the rapier head reciprocating friction heat on polyester warp, static electricity, the rapier head setting a indurations layer at the bottom of the material, easy to hang up the warp.