Use and Maintenance of High-Density Weaving Reed 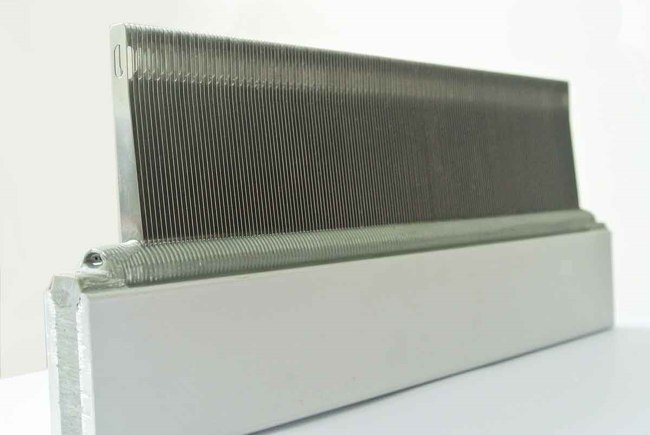 In order to adapt to the fierce market competition, our factory begin to weave some high-end and high-density fabrics, such as T/C 80/20 46×46, 130×82, 63 inches. In order to improve the quality of fabric surface and reduce reed marks and streak defects, we have increased reed density and used No. 125 high density reed. We applied two warp yarns in each reed dent and the effect is obvious, the defects of stripes are greatly reduced, the fabric style is prominent, the warp float particles are flush, the fabric surface is plump with a good poplin feeling. The dents of reed No. 125 are fixed firmly because of its high density, thin dent, poor stiffness, and the use of nylon ply yarn braiding and neoprene edge sealing. However, once the reed dents are damaged or bent, it is very difficult to replace or straighten the reed dents, especially when the weaving machine is stuck, the reed cannot be repaired, only resolution is to cut warps and scrap the reed, resulting in big loss and waste. After a period of exploration and testing, this problem has been solved by improving the method of using and repairing high density reed. We made a conclusion as follows,

1.Improvement of Reed Denting Process
1.1 Making special jumping cutter for reed denting machine with 0.5 mm thin high strength stainless steel plate to prevent reed stuck;
1.2 Change the magnetic knife-hopping drive of reed denting machine to motor friction drive to reduce its hitting force. Even if the knife-hopping hits the reed dent occasionally, it can be buffered in time, to avoid harming the reed.

3. Requirements for Weaving Machines and On-machine Repair.
3.1 During the maintenance of the weaving machine, the inspection and assessment of "smooth roll-out of reed" should be carried out to avoid reed stuck and scrapping caused by shuttle stuck;
3.2 In the repair of the small bruise, some reed dents bending and the uneven density of reed dents, apply the method of softening chloroprene and heating reed beam with electric soldering iron.

4. Conclusion
4.1 The application and repair of high-density reed have been successful through the above three improvement tests;
4.2 The average monthly scrap rate of weaving reed has been decreased substantially, reaching a normal consumption, saving a quite big amount;
4.3 On-machine repair is applied to avoid cutting warp yarns, and the manpower can be saved.